Fireworks will never be the same! These eye opening specs have specially treated lenses that are guaranteed to enhance all firework shows and laser displays.

3D Fireworks™ Glasses have specially treated lenses that enhance fireworks shows. Multi-starbursts of three-dimensional rainbows will race at you, sending chills up your spine and boggling your mind. 3D Fireworks Glasses are the light show for your face. 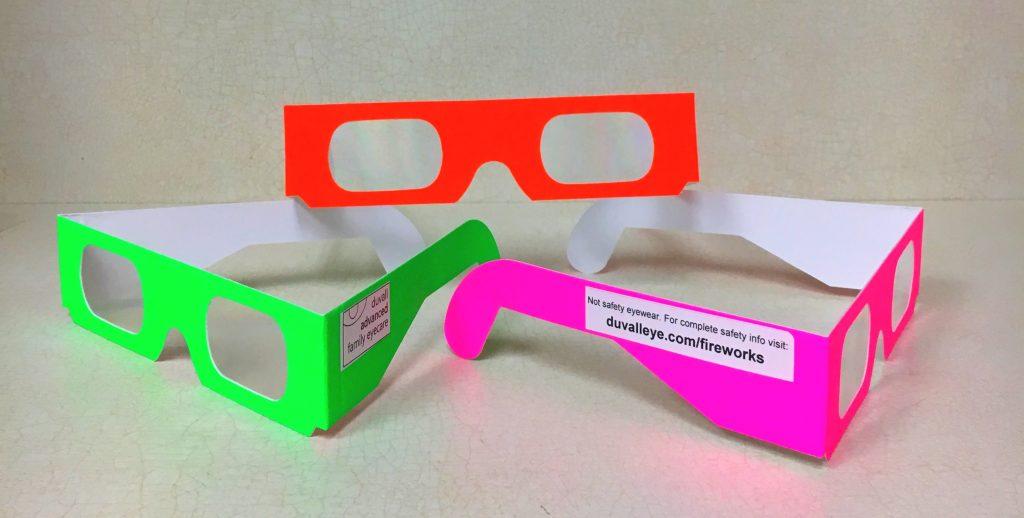 According to the U.S. Consumer Product Safety Commission, at least four fireworks-related deaths were reported in 2016. An estimated 11,100 injuries due to fireworks were treated in hospital emergency rooms, the Centers for Disease Control and Prevention say. Of those, most injuries were from firecrackers, but sparklers and bottle rockets also were to blame. About one third of the injuries were to children 15 years of age and under.

An estimated 9 percent of the injuries were to the eyes-including contusions, lacerations and foreign bodies. Most injuries, about 33 percent, were to hands and fingers.

To help prevent eye injuries during fireworks season, the American Optometric Association (AOA) recommends the following tips to help protect and preserve eyesight during the Fourth of July holiday:

“If an eye injury occurs, immediately seek medical attention from your local doctor of optometry or the nearest emergency room,” says Bradley Lane, O.D., who practices in West Virginia and is a member of the AOA’s Health Promotions Committee. “They should refrain from rubbing their eyes or applying pressure. Don’t attempt to remove any objects that may be stuck in the eye, and avoid taking pain medications such as ibuprofen or aspirin that may thin the blood.”

Because we are a medical / healthcare facility, patients and staff are still required to wear masks. We know that there are many within the community who will not agree with this update and for that we are sorry. Please be kind and patient with our team. 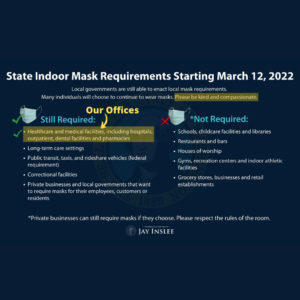