Have you ever asked yourself why 20/20 is the benchmark for ''perfect'' eyesight and what it actually represents? The term 20/20 eyesight expresses a normal level of sharpness of vision also known as visual acuity measured from 20 feet away from the object. That is to say that someone with such vision will be able to see an object clearly from 20 feet away which is regarded as the norm to see clearly at that distance.

For those who don't have 20/20 visual acuity, the number is determined based on the first point at which they are able to see clearly, in relation to the norm. For instance, if your acuity is 20/100 that indicates that at 20 feet you can only see what the standard would see from 100 feet distance.

You can also have better than 20/20 vision. For instance someone that has 20/10 eyesight can see clearly at 20 feet an object that the average person can see only at 10 feet. A number of animals particularly birds of prey have more acute vision compared to the human species. A hawk for instance can have 20/2 vision, designed for spotting prey from high in the air.

Most eye care professionals utilize a version of the Snellen eye chart, which was designed by Hermann Snellen, a Dutch eye doctor in the 1860's, to perform a vision exam. While today there are many variations, the chart usually has 11 lines with capital letters which get smaller in size as they move downward. The chart begins with the uppercase letter - ''E'' with letters being added subsequently as you move down the chart. During the vision screening, the eye doctor will look for the line with the smallest lettering you can read. Each line is given a distance, with the 20/20 line usually being assigned the eighth row. In cases where the patient can't read, such as small children or handicapped persons, an alternate version of the chart is used called the ''Tumbling E''. Similar to the traditional Snellen chart, this version is composed of only the uppercase E in different rotations. The person being tested uses their hand to mimic the direction the ''fingers'' of the E are pointing: right, left up or down. Both charts should be positioned 20 feet away from where the patient is viewing it.

Although 20/20 eyesight does indicate that an individual sees as expected from a distance this test alone doesn't show that the individual has flawless eyesight. Total vision includes a number of other important skills such as peripheral sight, perception of depth, color vision, near vision and focusing and eye coordination amongst others.

While an eye exam with an eye chart can establish if you require eyeglasses to improve distance vision it will not provide the optometrist a comprehensive perception of the complete health of your eyes and vision. You should still book a yearly comprehensive eye exam to screen for any more serious conditions. Call our office today to schedule an eye exam in Duvall, WA. 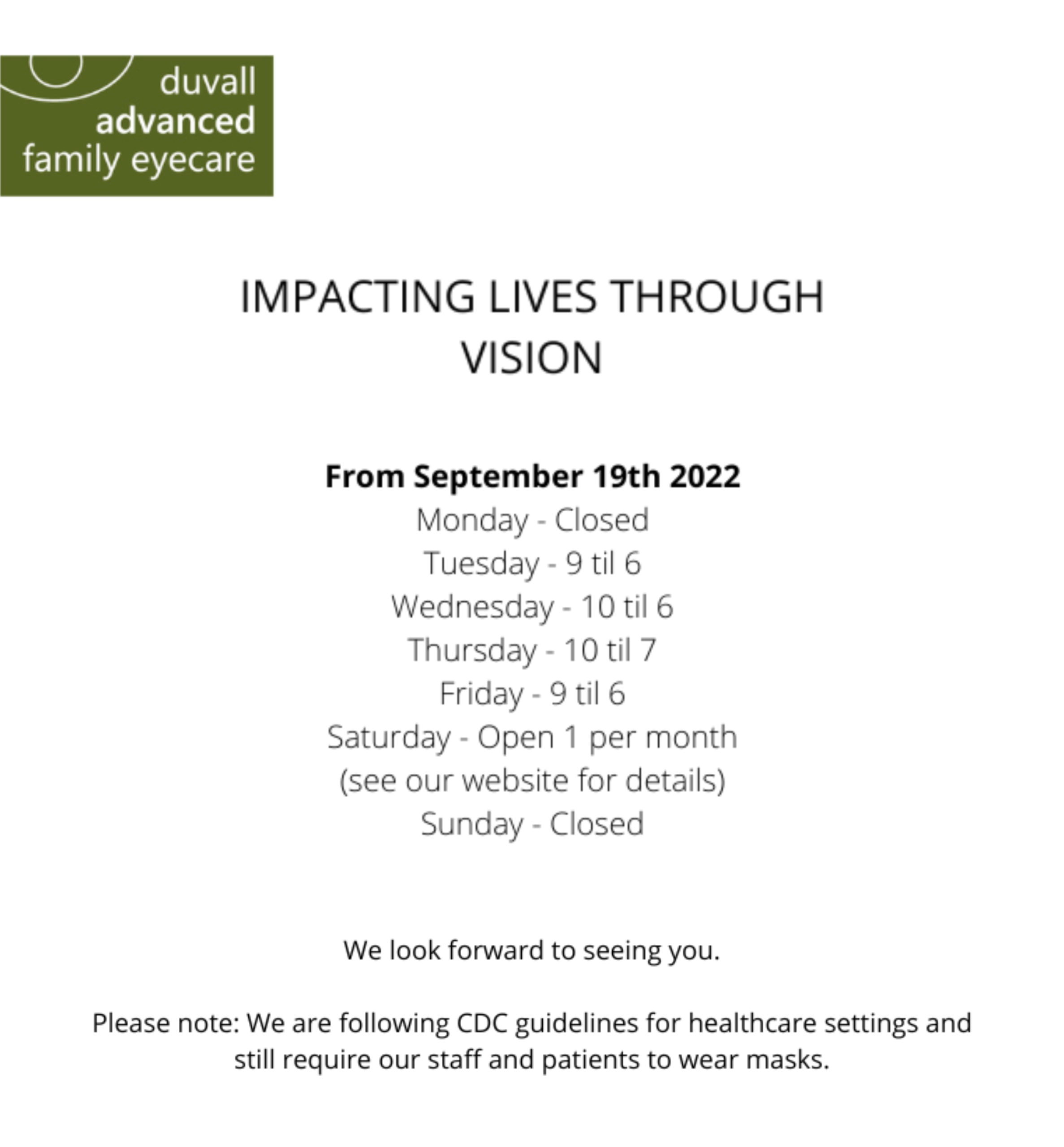